Advance Auto Near Me

Advance Auto is the second largest auto parts retailer in the United States, falling only behind it’s biggest competitor AutoZone. This Roanoke, Virginia based brand operates more than 2,400 retail stores within 38 states, Puerto Rico, and the US Virgin Islands. The brand prides itself on serving both commercial accounts and the average “do-it-yourself” consumer.

Advance Auto Near Me – Find it on the Map

What year was Advance Auto founded?

Given that the automobile has only been around for about 130 years, you may think that Advance Auto is a fairly recent endeavor. Surprisingly, this auto chain has a history almost as sprawling as that of the automobile itself. Consider these facts as you search Advance Auto near me. The Advance Auto chain was first founded by Arthur Taubman, the son of Austro-Hungarian immigrants who were living in Astoria, New York. Taubman grew up on Manhattan’s notoriously impoverished lower east side, he once joked that being hungry all the time became his prime motivation for success. At the age of 13, no longer enchanted with an education, Taubman dropped out to take a job at a local department store. It was here the he gained some valuable retail experience. As a teenager, Taubman served in eh Navy during World War I. After returning from his stint in the service, he partnered up with one of his brothers to create a small retail chain known as Taubman’s. The duo began selling auto parts and household goods. The business was based in Pittsburgh and prospered throughout the 1920s, eventually spreading into areas such as Boston and Washington D.C. Unfortunately, the brand did not survive the onset of the Great Depression and eventually crumbled. In 1932, Taubman was living in Baltimore, MD. It was there that he learned of a struggling three store based in Roanoke selling auto parts. The business was known as Advance and was being put up for sale. The brand had two stores, one in Roanoke and the other in Lynchburg. In order to raise the capital to buy the chain, Taubman’s wife Grace offered up her wedding ring, which he then pawned along with his own masonic ring. Taubman quickly and successfully turned the retail chain around, despite only having a grade school education. His business knowledge was the result of reading books and life experience. Advance Auto stores quickly boomed with success. Taubman followed a four point philosophy in running his stores: provide value, earn a reputation for being honest, ensure repeat business, and treat all employees like your own family. 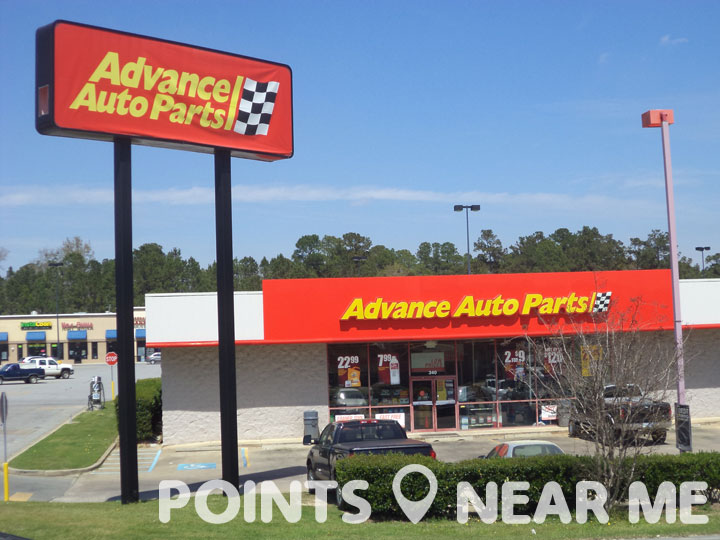 Advance Auto is the second biggest auto parts retailer in the US.

When did Advance Auto enjoy a major boom?

Like so many businesses, Advance Auto enjoyed a major boom following World War II. For nearly 25 years post war, Advance Auto enjoyed rapid expansion and success, venturing out of selling only auto parts and become a full service car store. At this point, the brand began selling items such as tires, batteries, seat covers and interior accessories. According to some historical newspaper ads ,the Roanoke store even sold lawn mowers, picnic equipment, lawn and garden tools, radios, phonographs, television and appliances, sporting goods, fishing tackle hardware, bicycles and accessories. During Christmas, shoppers could even stop buy for some toys. By the time Taubman turned things over to his son Nicholas and entered retirement, Advance Auto totaled more than 54 stores. As you search Advance Auto near me, think about the items that your local chain sells today. While they’re never short on selection, they certainly aren’t selling picnic equipment and radios!

Every brand needs to expand in a variety of ways in order to stay relevant and keep up with their competitors. In 1998, Advance Auto took its first major step under new management when it acquired Western Auto from Sears, Roebuck, and Company. The deal cost around $175 million in cash and a 40% stake in Advance Auto. Of the 590 Western Auto Stores that Advance acquired, nearly 98 were immediately because they were unprofitable or in an overlapping market with Advance Auto. Though the acquisition created a boom in sales, with the brand earning $1.22 billion, Advance Auto posted a loss of $2.2 million in personal profits. This was the first loss the brand had ever experienced since Arthur Taubman had first pawned his wife’s ring to launch the business. The industry continued to expand rapidly, with sales in the do it yourself market remaining somewhat flat and forcing the majors to fight for a piece of the pie in market share to achieve acceptable margins. Longtime employee Garnett Smith was at the helm during these times of massive expansion. Smith retired in 1999 after 43 years in order to spend more time with his wife who was in poor health. He was quickly replaced as CEO by Lawrence P. Castellani, who had a host of executive experience in groceries, but not in auto parts. He took over Advance Auto during the midst of the Western Auto acquisition. At the same time the brand was attempting to launch an online site known as Parts America in a joint venture with CSK auto. A major tour de force the auto parts world. The business plan asked that the two retail giants combine their 2,500 stores and 3,000 delivery trucks to offer same delivery of parts to all 50 states, Puerto Rico, and the Virgin Islands. As you search Advance Auto near me, think about just how far this brand has come!

Advance Auto Parts is currently recognized as the largest automotive aftermarket retailer in the United States based on both sales and store count. In 2003, the company finally appeared on the Fortune 500 list at number 466 and has remained on the list ever since. In June 2014, Advanced Auto earned the 1,412 spot on the Forbes Magazine, “World’s Biggest Public Companies List.” Not only is Advance Auto Parts recognized for it’s retail successes, but it’s also noted for its charitable contributions. The company has been named an elite partner for its fundraising efforts to help the Juvenile Diabetes Research Foundation. Advance Auto has donated more than $42 million in funds since 2004. Advance Auto acts as an aggregator for the largest portion of the donations for JDRF, collecting money from both walk in customers and commercial business through the sale of paper sneakers. Once a paper sneaker is purchased by the customer, they are displayed in store windows. What matters most to you as you search Advance Auto near me? Charitable recognition or brand recognition?