Big Lots Near Me

For nearly 50 years, Big Lots has been a staple of the retail marketplace in the United States. With it’s slogan of “brand names, closeout prices”, the chain has grown from it’s humble beginnings as “Odd Lots” in Columbus, Ohio, to becoming a multi-billion dollar conglomerate.

With offerings such as food, toys, household items, furniture, and small electronics, Big Lots has something to offer for everyone. But be sure to check back often, because many of the items are closeout and overstock items, and once they’re sold out, they’re gone forever! Are you interested in finding Big Lots near you? Simply browse Big Lots near me on the map and find a list of Big Lots in your area.

Big Lots Near Me – Find it on the Map

How did Big Lots get it’s start?

The first store opened in 1967 as “Odd Lots” by Sol Shenk, owner of Consolidated Stores Corporation. The stores saw quick success and began to expand outside of the Columbus area. After a legal dispute with retail chain Revco, the stores were re-branded as Big Lots. Consolidated Stores Corp. began to expand its reaches with other retail stores such as Pic ‘N’ Save, Mac Frugal’s Bargains Close-Outs, and Big Lots Furniture, as well as purchasing established brands such as KB Toys (which was later sold). In 2001, Consolidated Stores Corporation’s other store names and company identity were converted to place focus on a single brand: Big Lots. The company is now known as Big Lots, Inc. If you’re in a mood for shopping, simply search Big Lots near me on the map. 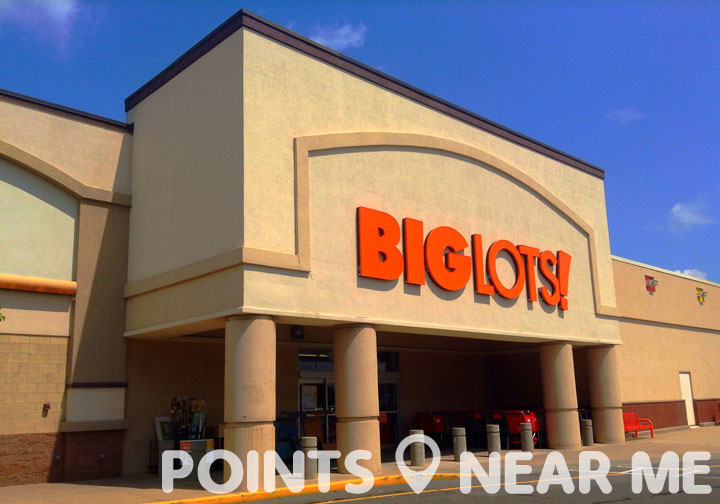 Find the nearest Big Lots by you!

Are there Big Lots stores outside of the United States?

Despite its continued, growing success in the United States, the company’s attempts to step into the international market has not been quite as successful. In 2011, Big Lots, Inc. placed its eyes on Canada, purchasing Liquidation World, Inc. and it’s 89 retail stores. Several new Big Lots stores were opened Ontario, Canada, shortly after. Unfortunately, the stores didn’t see the same success as their American counterparts and the company closed all Canadian Big Lots locations by February 2014, and citing a nearly $40 million dollar loss.
Did Big Lots used to have a furniture store?
Yes. Some of you may recall, or even have visited Big Lots Furniture stores. While Big Lots stores do feature a selection of furniture items such as chairs, tables, shelves, and sofas, Big Lots Furniture stores were dedicated locations, which operated to varying success. As part of a corporate restructuring, all Big Lots Furniture locations were closed in 2005.

Consolidated Stores Corporation was one of the primary investors in the DeLorean Motor Company, a car manufacturer out of Northern Ireland. When the company declared bankruptcy in 1982, Consolidated Stores Corp. purchased 100 remaining DMC-12 cars—which you may recognize as the being Doc Brown’s time machine, featured in the Back To The Future films—to import and sell.

On August 3, 2006, Big Lots would go on to announce that it would change its New York Stock Exchange ticker symbol from BLI to BIG, beginning with trading activity on August 18, 2006.

Big Lots also operated a wholesale division which provided merchandise in bulk for resale form a variety of categories. This was actually a separate division of Big Lots and they did not carry the same merchandise found in the retail stores. Big Lots Wholesale also attended trade shows and they had permanent showrooms in Columbus, New York City and the Boston and Chicago areas. Big Lots chose to close its wholesale division at the end of the 2013 Fiscal Year. The Columbus-based closeout retailer had conducted wholesale operations through Big Lots Wholesale, Consolidated International and Wisconsin Toy for more than 34 years. If this made you more interested in seeing Big Lots, search Big Lots Near Me.