Throwing a party? Have a big family? Maybe you just like to stockpile for the winter. No matter the reason, shopping at Costco can be an experience in and of itself. Below you will find the Costco Near You Map, which will show you the locations of any Costco in your area. If you select a location, you will also get the address, phone number and hours of operation.

If you are interested, it will also have reviews from customers. Finally, with a few clicks, you will also be able to get directions to the location of your choice, so your shopping adventure can begin. Have a great time and make sure your car has lots of room in it.

Costco Near Me – Find it on the Map

Costco Near Me – Costco Trivia

Costco locations generally keep the same hours, no matter which location you go to. Weekdays, they tend to be open between 10:00AM and 8:30PM. On the weekends they close at 6PM, but on Saturday have an early opening of 9:30AM. There are several holidays in which they close during: New Year’s Day, Easter, Memorial Day, Independence Day, Labor Day, Thanksgiving and Christmas Day. Christmas Eve, the normally close early at 5:00PM. So, if you are having a big holiday party, be sure to stock up, prior to the holiday, or you might be running to the gas station and hoping they have that extra milk you need. 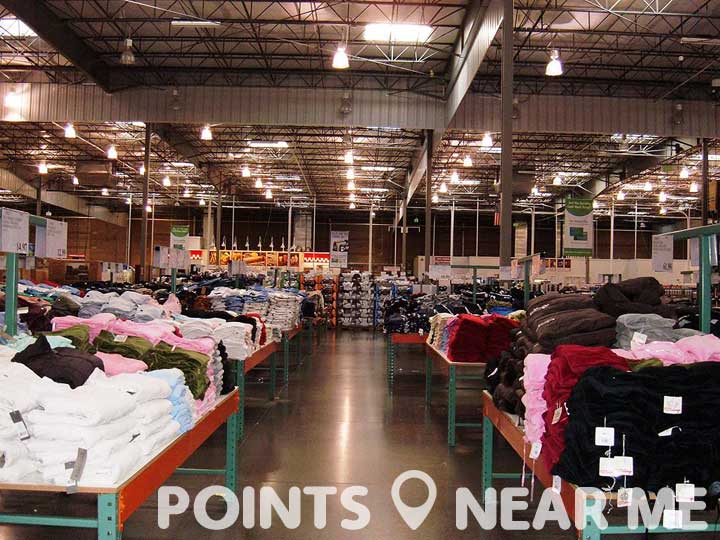 The central isle in Costco is known as the runway. It gets its name from its predecessor Price Club where the first store was opened in an airline hangar.

Costco is a membership company. This isn’t like your local grocery store that has a points card. You actually have to be a paid member that has an annual fee. While there are some ways to get your fee waived or decreased, generally speaking, everyone pays for their membership each year to keep going there. If you don’t have a membership, you can get one when you enter or if you have a kind friend, they have a policy that a member can bring one friend in to share their membership, but the friend has to pay in cash or with a debit card.

There are several are also several levels of membership. The basic is the “Goldstar” membership, which is what you normally get for a household. It can get you into the store and shopping and has an annual fee of $55.00. The business membership comes with the same cost, and also gives you a “Goldstar” household membership. The bonus for the business member is that their purchases can be set up for resale, which depending on your state has different tax rules for businesses.

You just need to have your business information ready when you sign up. Then, if you want, you can get the fancy Executive Member, which gives you an annual 2% rewards on everything you purchase and other benefits and bonuses, but it costs $110 per year, so if you do a lot of shopping at Costco, it might be worth your while.

So, what is the big deal about Costco? Well, as mentioned above. If you are searching Costco Near Me and planning a trip, it is recommended to have your car pretty empty. Costco is a warehouse store. You purchase your items in large quantities, which is often where the deals become good; however, unlike a discount store, the items are not cheap. The prices are often comparable or better to a grocery store when you get to the unit price, but you buy them in large quantities. You also don’t have no name brand goods. Costco prides itself in selling high quality goods. It is able to achieve this buy having 3 steps.

First, they don’t have a large variety. They often have only a few particular suppliers that they deal with for a product. You won’t find 20 brands of coffee at Costco. Secondly, they order a lot. Having a large number of stores to sell at gives them a lot of negotiating power. Finally, they keep their locations and advertising minimal. You won’t find a lot of fancy signs at a Costco. They aren’t pretty places, but they are utilitarian. Overall, the company does a good job in getting high quality products to the consumer at a good price.

Costco Near Me – Costco Facts

Fun Facts and Trivia About Costco

Costco is a fun place to visit and it has made a big impact since it was first founded. Here are some interesting facts about Costco.

So, whatever your reason for searching Costco Near Me, the next time you visit, enjoy a good hot dog, check out their pizza and enjoy the fun that is a Costco adventure.