H&R Block Near Me

Oh no, it is time to do taxes. Well, who seriously likes to do their own taxes? Why not get someone who actually has some understanding of the crazy tax laws of America handle the job for you? Just grab your papers together, toss them in a box and check out your H&R Block Near Me Map below.

It will show you the locations of all of the nearby H&R Block offices in your area. Just click on a location and it will give your its address, phone number and hours of operation. You will also be able to get a link to the company website. Once you are done with the map, below you can find more information about the company and some strange and fun facts about taxes in the United States.

H&R Block Near Me – Find it on the Map

H&R Block primarily helps to deal with people’s taxes. You know, those things that you have to file every year and each year it seems to get more complicated than the year before. Well, H&R Block tries to make the process as painless and inexpensive as possible for you. Their goal is to always try and get you the biggest return possible and to make their services inexpensive for you. They have two main ways of helping you get your taxes done. They have an online program that you can use or you can work with a person in the office. 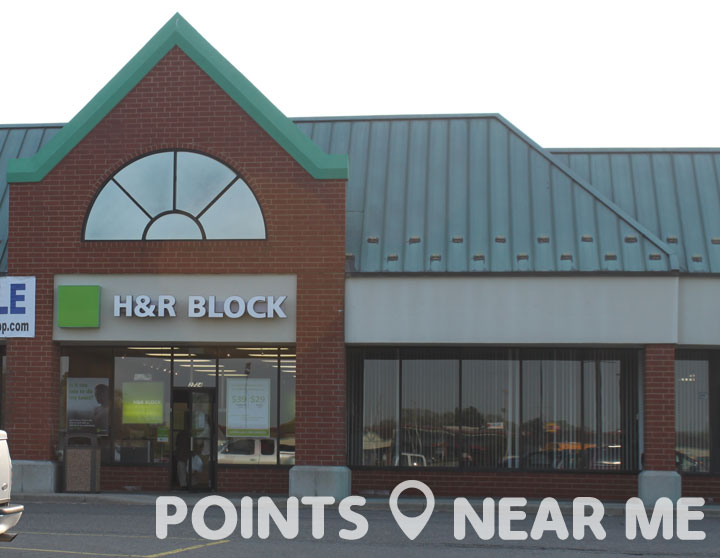 H&R Block is a large tax preperation service provider that can be found all over the world.

If you want to file online, there are three main levels. If you have no deductions and just have a simple tax filing, they have a free version that will let you get that done. If you are a home owner or have deductions, you are looking at what is called their Deluxe Edition. You are looking at $35 plus another $37 per state you are filing with. Finally, if you own a small business or do investing, they recommend the Premium version which is going to cost you $55 plus the extra $37 per state you have to file in. Also, those prices are current with a discount, you may have to pay full price if you wait to file.

If you are filing at their office, you are looking at a bit different of a set up. The rates are not set and it is basically based upon the complexity of your tax forms. Generally you are looking between $200 and $400 to get your taxes done in their office and you have a number of ways of paying, such as the amount being deducted from your tax return or paying upfront. If you do get a return, you can get it mailed to you, sent to online banking as a direct deposit or H&R Block will give you a pre-paid Master Card with the funds on it. Also, if you don’t want to stick around, H&R Block will also offer to do your taxes by drop off, so you don’t have to wait around the office. As long as things are straight forward, this service is rather helpful.

H&R Block now offers a line of credit to help people pay their bills. You can get up to a $1000 line of credit with them. This is rather useful if you actually owe money on your tax return and don’t have the funds available at the moment to pay it.

H&R Block has locations all over the world. With over 12,000 locations, many franchises, in the United States alone and another 600 in Canada, if you are looking for an H&R Block by searching H&R Block Near Me, you are bound to find one. If you are outside the country, the branches in other countries should be able to help you file your American taxes out of country.

Okay, taxes are annoying and frustrating, but against popular thought, they aren’t always boring. Seriously, they can be a source of amusement.

1. Just how big is the American Tax Code?

Strangely, there was a tax on urine in the 1st century in the Roman Empire. Yes, the urine that your body expels in the bathroom. The tax was placed on it because, at the time, it was considered useful. Urine contains ammonia, which is used for tanning hides. So, people would collect and sell it. The government saw it as a commodity and wanted to get their cut of the business dealings that were happening, so it became taxed. Just think, everyone could have been their own small business and drinking water would have been a useful way of making money.

3. Can you tax sunlight?

Well, the answer is not directly; however, in England they did tax windows. Between 1691 and 1851, if you wanted to build a house, you were taxed for each window, and the size of the window, in that house. The increased costs encouraged people to build houses with fewer and smaller windows. This means less Vitamin B and less fresh air. You also create dangers with fire as it will be harder to escape the house. Overall, the results were not good for health and community and the tax was eventually removed.

Governments have a number of ways to encourage social change and in 1698 Peter the Great wanted to encourage his people to adopt the European fashion of being clean shaven. His strategy? Make having a beard be a taxable offense. If you wanted to have a beard, you would have to purchase a silver or copper token that had a picture of a beard on it. If you resisted the tax, you were forcibly and publicly shaved. Strangely, in 1535, England had introduced a similar tax for any beard of more than 2 weeks of growth.

5. How many accountants are in America?

In America, they hire more than 1 million accountants to help with the tax filings each year. Accountants are always in high demand and busy in the first few months of the year. Taxes a burden that many people want to get out of doing, that is why when you search H&R Block Near Me, you will always find a location near you.