Marshalls, Inc. is an American and Canadian department store chain. The company operates in almost all of the states, plus several stores in Canada and Puerto Rico. The Marshalls company was founded in the 1950s, and since that time it has expanded considerably, and today operates a total of over one thousand locations.

Today the company is owned by The TJX Companies, Inc., the owners of its main competitor TJ Maxx. TJ Maxx and Marshalls continue to operate independently of each other today, with Marshalls distinguishing itself with larger menswear and footwear departments. Otherwise the two chains are very similar in price and store layout. Search for Marshalls near me to find your closest Marshalls department stores.

Marshalls Near Me – Find it on the Map

Marshalls Near Me – Marshalls Trivia

How was Marshalls founded?

During the 1950s, a group of entrepreneurs led by Alfred Marshall met in order to come up with ways to capitalize on post World War II America, which was experiencing an economic boom. More and more Americans were living in the suburbs, as well, and so these areas were experiencing large amounts of growth. The investors created a self-serve department store in Beverly, Massachusetts, featuring homewares and apparel at low prices. The store employed several successful business strategies. First, the store would sublet some floorspace to sell external brands and products, but without revealing this to customers. Also, the store was able to purchase post-season and overrun stock from manufacturers cheaply, and passed the low prices onto the customers. After ten years, the store was so successful that it became America’s leading off-price retail chain. The off-price stores of America experienced large growth during the recessions of the 1970s, when customers began to turn more and more to discounts to save money. 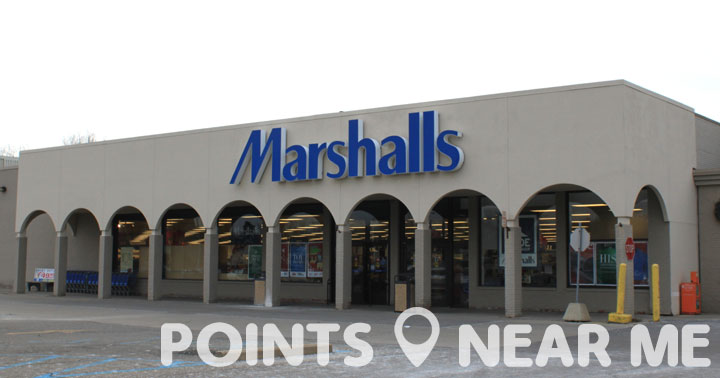 Marshalls is one of the largest clothing retailers in the whole United States. This is a typical Marshalls storefront in Michigan.

How big is Marshalls today?

In 1976, Marshalls was acquired by the Melville Corporation, of New York. Today the Melville Corporation is known as the CVS Corporation, which owns the CVS pharmacy chain. During this period, Marshalls saw very significant growth, and by 1993 had expanded into 42 states including Hawaii. TJX Companies bought Marshalls in 1995, when Melville Corporation was undergoing a significant restructure and selling off many of its businesses. Today the Marshalls company has 975 stores across America, with a presence in 42 states, along with Puerto Rico. It also operates an additional 38 stores in Canada, since expanding into the country in 2011. Although Marshalls and TJ Maxx operate separately, the parent company TJX Companies has consolidated them into a single division, the Marmaxx Group. Today Marshalls is the second-largest off-price clothing retailer in America, second to its sister TJ Maxx.

What kinds of products does Marshalls sell?

Marshalls is known mainly for selling clothing and footwear, and other types of products such as furniture and bedding, but also jewelry and beauty products too. Their apparel ranges include mens and womens clothing, such as jeans, coats, shirts, shorts, dresses and skirts. Their furniture and homeware lines include coffee cups, shelves, pillows and cushions, and decorative items. The beauty lines mainly consist of various types of makeup, lipstick, foundation and similar, and also nail polishes.

To find your closest Marshalls, just search Marshalls near me.

Marshalls Near Me – Marshalls Facts

When TJX Companies bought Marshalls, they paid over $600 million! TJX Companies employs a total of 216 thousand employees across all its businesses, which include Marshalls and TJ Maxx, and also Secret, HomeGoods, Trading Post and Winners HomeSense. TJX Companies has a total revenue of nearly $31 billion!

Marshalls and TJ Maxx together operate about two thousand stores. Each of these stores receives ten thousand new items every week. Store owners are not made aware of the contents beforehand, so that every week is a surprise!

Neither TJ Maxx nor Marshalls offer discount coupons or special sales. The management know that customers will wait for sales in order to save money, while the management would prefer to move as much stock as possible as quickly as possible. This is especially true because of how the inventory can change every week. The managers therefore do not offer coupons or discounts in the hope that customers will buy items right away. The stores do not even discount on Black Friday, which the busiest shopping day in America!

Today Marshalls employs a buying team who travel the world for most of the year, negotiating deals directly with manufacturers and vendors. Most other department stores buy only seasonally and through middlemen, so Marshalls is able to obtain products much more cheaply than the competition. Marshalls stores also try to keep operating costs down to keep prices low. They avoid expensive carpeting and extravagant displays and fixtures. Even though Marshalls stores sell cheap products, their policy is to never compromise on quality. Irregular products are occasionally sold but they are always marked as such.

The difference between a discount store and an off-price store is that discount stores usually sell cheaply made products at cheap prices, whereas off-price stores sell designer and brand-name products, but at cheaper prices. Marshalls is an off-price department store that sells high quality products out-of-season and direct from the manufacturer, which is how it is able to sell ordinarily expensive products at sometimes up to sixty percent off.

The products that Marshalls sells must adhere to four criteria. First the clothing must either be a current fashion trend or a classic item. Second, the item must belong to a well-known brand that customers will recognize. Third, the product must be made from quality materials and to quality standards. Finally the product must be able to be sold at a discount by the stores. A typical discount is anywhere between twenty and sixty percent less than a designer department store would sell it for.

Search Marshalls near me for your closest Marshalls location.