Sports Authority Near Me

Sports have always held a strong place in American hearts and lives. So, it seems that you are in need in some new gear to enjoy your active lifestyle. Well, if you are looking for a Sports Authority, there is some sad news is that you can’t anymore.

Sports Authority Near Me – Find it on the Map

How Big Was Sports Authority When It Died?

Well, Sports Authority, which had been founded in Fort Lauderdale, Florida in 1987, had managed to reach over 460 locations in 45 states. Unless you were in one of those few states that didn’t have one you were bound to find one. They even had a licensing agreement to jointly run locations in Japan. It grew quickly when it merged with Gart Sports in 2003. Even before the merger it was the largest full line sporting goods store in the country and the fourth largest overall in revenue for sporting goods store and second in number of locations by the time of their closure. 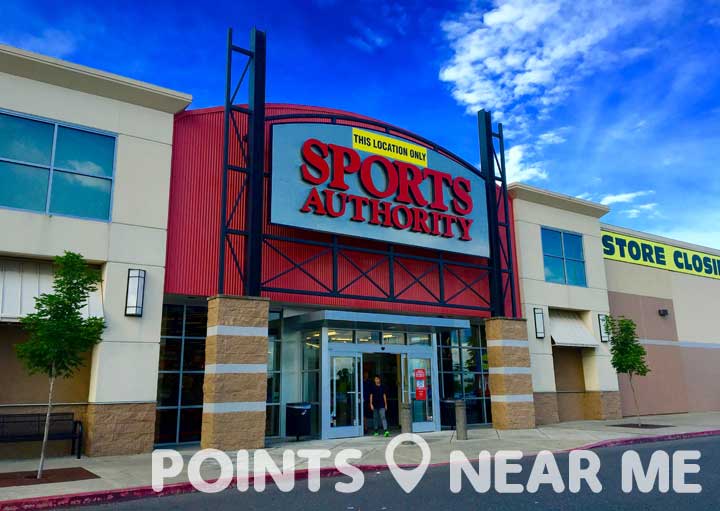 Sports Authority was one of the largest sporting goods stores in the United States until it finally closed in August 2016.

Why did Sports Authority Close?

How did the largest full line sporting goods store in the country close down? Well, officially the store filed for a chapter 11 bankruptcy on May 2, 2016 and by the end of August of that year all of the locations had been closed down and Dick’s Sporting Goods managed to purchase their intellectual property rights.

Officially, a lot of blame was being placed on under performing stores. This is partially true and resulted in locations being closed and about 100 people being laid off in January of 2016; however, analysts place the ultimate cause on not being able to reinvent itself and keep up with the modern day marketing needs. There was inconsistent connection between the online experience of shopping with the company and the actual in store experience. It would regularly create high cuts on clearance items that would end up selling items too cheaply to bring in the revenue needed to pay down its debts. Finally, customers found that when they got to the stores, they were not dealing with anyone who could provide the specialization and expertise to truly make the trip more meaningful than they would find if they were shopping online. Ultimately, they were just not impressed by such trips and therefore wouldn’t go to the stores.

What Are Your Sporting Goods Options?

How well do you know your sports and American sports culture? Well, it is time to get your test.

What is the most popular sport in the United States?

Before you finalize your answer, let’s give you a hint. Here are the top 3 sports in no particular order: Baseball, College Football, Professional Football.
Ready… if you guessed Baseball, you are wrong. The most popular sport in the United States is Professional Football. Baseball falls in a close second, leaving College Football in the third. If you don’t count college football as a separate sport Basketball will come in as third.

True or False: Sports participation for teenagers has decreased in recent years.

If you guessed True, you are wrong. It turns out that participation has actually been increasing over the last several years. In a survey conducted by the National Federation of State High School Associations it found that between 2006 and 2013 the level of participation increased and was at a record high with more than 7.7 million students participating in the schools surveyed.

True or False: Football is the most popular sport played by high school students.

Do boys participate in sports more than girls?

What is the most popular sport that adults participate in?

If your guess was football, basketball or baseball you are wrong. Even golf wasn’t in the top three. The third most popular sport was weightlifting, the second was running and jogging and the most popular sport for almost 70 million American adults is walking. Unorganized sports or basic physical activity is by far the most common form of exercise most adults participate in. Golf found itself in forth place and Basketball was all the way down in seventh place.

How much do Americans spend on sporting goods?

While the number of Americans who participate in sporting activities, both organized and unorganized is around 130 million adults and almost 8 million high school students participate in sports, isn’t really large, Americans spends a lot of money on sporting equipment. Overall, they spend over 63 billion dollars a year on sporting goods. So, while you may not find a Sports Authority to purchase your goods at when you search Sports Authority Near Me, you are not alone in your love for sports.