State Parks Near Me

One of the best places to visit when you’re in the mood to see something beautiful is a state park. State parks are filled with so much beautiful nature that it’s easily to be wowed by everything you see. It’s definitely a great place to visit if you happen to be a fan of photography. With everything the state park contains, you’re sure to get quite a few good shots.

If you’re interested in checking out your local state park or seeing what others are around you, just search State parks near me to see just what’s around you.

State Parks Near Me – Find it on the Map

When was the first state park established?

No one is quite sure which state park was the first one to be established but there are three different contestants for first place. The first one is Indian Springs State Park that was obtained by the State of Georgia in 1825 from Creek Indians through the Treaty of Indian Springs. It was complicated as many representatives of the Creek Nation used the area for healing their ill and were not interested in selling it to the US government. The park would not become the first official state park of Georgia until 1931. So do you consider it a park from it’s first acquiring in 1825 or from the declaration of its title in 1931? 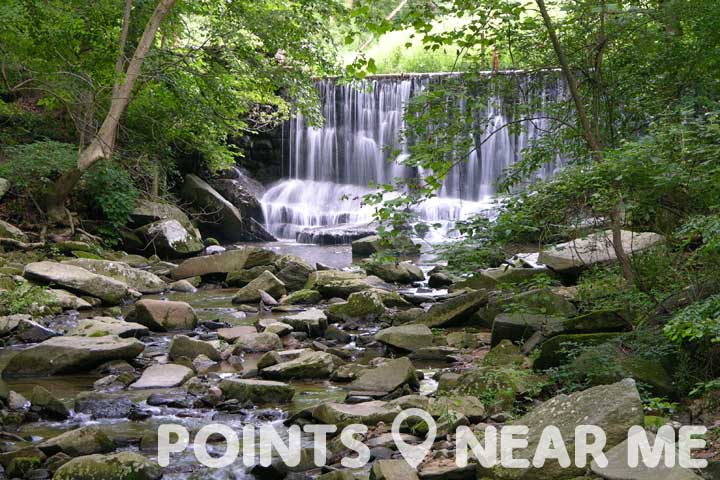 Nothing is quite as beautiful as a state park

The second park for runner up of first place is New York’s Niagara Falls State Park. Central Park’s architect, Fredrick Olmsted, led some rather concerned New Yorkers in the Free Niagara movement in the 1860s. This group of New Yorkers was concerned about the preservation of the falls and the surrounding lands and after fifteen years of demands, the Niagara Appropriations Bill created the Niagara Reservation in 1885. Olmsted made sure that this park would stay true to its native plants and to the wildlife that surrounded the area.

The last parks for first place are Mariposa Grove and Yosemite Valley. These two parks have now been combined as part of Yosemite National Park currently. Abraham Lincoln gave the land to California to protect and operate as a state run park. This was actually the first piece of land that the US government intended for public enjoyment and preservation. The title of state park wouldn’t last for long before turning into a national park in 1872. So no one is quite sure which of these parks were the first but one thing is for certain and that’s that these parks would go on to help inspire the opening of many more state park. You can thank them for your local state park. If you are close to any of these parks and are interested in checking them out, just search State parks near me to find the your nearest location.

Across the whole united states, there happens to be quite a few state parks. According to the National Association of State Park Directors, there are about 6,624 state parks in the United States. Of those state arks, California has just 278 alone. It is estimated there are some 725 million annual visits to the country’s state parks which trumps the estimated 276 million visits to the U.S. national parks.
If state parks really hold an interest for you, there’s actually a career for you to help preserve them known as a park ranger. A park ranger is a rather broad term for a career that is quite diverse. These park rangers are responsible for protecting our national and state parks, the natural resources and ecosystems and wildlife within them. They also make sure to watch out and help the people who visit them. These parks rangers may serve as law enforcement officers, environmental experts, historians or a combination of the three. The average starting ranger salary is somewhere around $32,309.

Ever wonder what the best state parks to visit are? Well it all depends on your location but here are a few of the best!

In the Northeast, a couple of the best are the Acadia National Park in Maine and the White Mountain National Forest in New Hampshire. Acadia boasts about 17 million acres of forests, 6,000 lakes and ponds and 32,000 miles of rivers and streams while White Mountain is more of a rustic experience. The hiking can be rather rugged in that section of the Appalachians but it can be totally worth it.

A couple cool places to visit in the West is the Badlands National Park in South Dakota and the Denali National Park in Alaska. The Badlands can be quite the tough climate to hike through but it’s definitely a stunning place to visit. In the Denali, the six million acres of open land and mountainous landscape make it quite a beautiful place to visit and explore. If you’re interested in seeing any of these places for yourself or just seeing which parks are close to you, just search State parks near me to find your nearest park and start exploring!