Since 1844, YMCA has been an institution in neighborhoods all over America. Offering childcare, workout equipment, recreation, classes, swimming/lessons, and community development: the Y is a place where everyone is welcome and anyone can go to grow and challenge themselves to do more and be better.

Are you interested in finding a YMCA location near you? Simply browse YMCA near me on the map below and find a list of YMCA locations in your area. Need a bit more information on the YMCA? Read on for facts, trivia, and poignant points of history on this beloved community recreation center.

YMCA Near Me – Find it on the Map

YMCA Near Me – YMCA Trivia

Who founded the YMCA?

While you may know the YMCA and are searching YMCA near me, you probably don’t know the story of how this recreation center was first formed. In 1844, the industrialized region of London was a place of egregious despair. For young men who migrated the to the city from rural areas in the hope of finding jobs, London offered a bleak landscape of tenement housing, dangerous characters, and poor influences. Twenty two year old George Williams, a farmer turned department store worker, hated the state of London and all of the troubling things he saw on a daily basis. Williams decided to do something about the bleak nature of London and joined 11 friends to organize the first Young Men’s Christian Association (YMCA). It proved to be a refuge of bible study and prayer for young men who were seeking some escape and peace from the hazards of life on the streets. While an association of young men joining over a common purpose is nothing new, The Y offered something unique at the time. The organization sought to meet social need in a community without excluding members based on race, wealth, or social class. 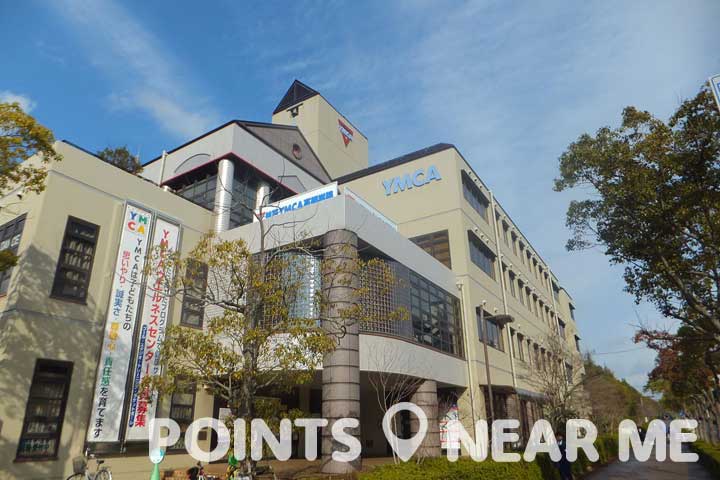 YMCA locations are pivotal parts of the community leading to growth, hope, and recreation for all.

True or false: The idea of working out at the YMCA was originally frowned upon.

True! If you’re searching YMCA near me today in hopes of getting in a workout or hitting the gym, you’re probably not alone. Strangely enough, working out was once frowned upon at YMCA locations. George Williams believed that the object of the YMCA was to help in the formation of the spiritual condition of young men through bible classes, family and social prayer meetings, improvement societies, and spiritual agencies. Because of this line of thinking, several individuals believed that physical education did not have a place at the YMCA. The attitude persisted for some time until a few American locations began to produce workout courses and offering physical fitness initiatives in the late 1800s that they Y became synonymous with getting in a workout. Nowadays YMCA, is known as a workout mecca.

YMCA Near Me – YMCA Facts

A Change in Logo

Odds are if you’re searching YMCA near me today, you have no idea what the earliest YMCA logo looked like. What you’re probably used to seeing is giant Y with a black side and a red side. While this has certainly become synonymous with the Y, the early logo looked quite a bit different. The first logo was a crimson downward facing triangle that featured the words “Spirit, Mind, and Body” written on its sides. This logo was used from 1891 to 1895. While the logo may be long gone, the sentiment remains the same. The YMCA is a place that fosters and nurtures total personal growth of the mind the body and the spirit.

Male Swimwear Used to be Prohibited

While searching YMCA near me, you may be interested in getting a swim in or hitting the pool. Luckily, the same standards of swimwear don’t apply as they once did. Before the 1960s, mandatory nudity was pretty common practice in American swimming pools (unless you’re a woman, in which case you were to wear a full bathing suit at all times). While the YMCA didn’t take a public stance on the issue, it did allow individual locations to draft their own set of rules concerning men and swimwear. Because of this, many locations enforced mandatory male skinny dipping. The reasoning behind this decision? Many people believed that buck naked swimmers would spread less bacteria than their bathing suit wearing counterparts.

Basketball was Invented by a YMCA Employee

Basketball iand the YMCA now go hand in hand and for good reason. Without the YMCA who knows if there would be basketball. Legend has it that basketball was invented by an instructor at the Springfield, Massachusetts YMCA International Training College. James Naismith is said to have created the game as a way to invigorate and engage students during a harsh New England winter in 1891.

The Term Body Building Was Coined by a YMCA employee

While searching YMCA near me consider just how common the word “body building” is now. It’s used fairly often in the American vernacular and has come to be a symbol of strength and vitality. The term bodybuilding was created by strength training devotee Robert J. Roberts in 1881. He even allowed employers to advertise their brand running ads that included photos of Roberts muscular backside.