iPhone Screen Repair Near Me

Do you love your iPhone? Do you take it everywhere with you? Did something bad happen to it and for one reason or another the screen has become damaged? A small crack, some burnt out pixels, or something worse has happened. Well, lucky for you, there are a number of choices for getting the screen fixed. You don’t need to pay the costs of buying a new iPhone.

Simply check out the iPhone Screen Repair Near You Map below. It will show all of the location around you. Simply click on a destination and you will learn the name of the shop, the address, its phone number and even be able to get some reviews. With a few clicks you can also get the directions to get there from where you are.

iPhone Screen Repair Near Me – Find it on the Map

How Long Does It Take to Repair a Screen?

The repair and replacement of an iPhone screen has a lot of variables. It really depends on what is wrong, how much damage is done to the screen and if the screen needs to be completely replaced or not. The first question is can it be repaired? If the glass cover is only scratched or broken, but the LCD screen is still working, your phone screen should be able to be repaired. If the LCD screen is broken, then you are looking at needing to have it replaced. Replacement of the screen is much more expensive and it might be cheaper, if you have an older model, to just replace the phone. More about that after. 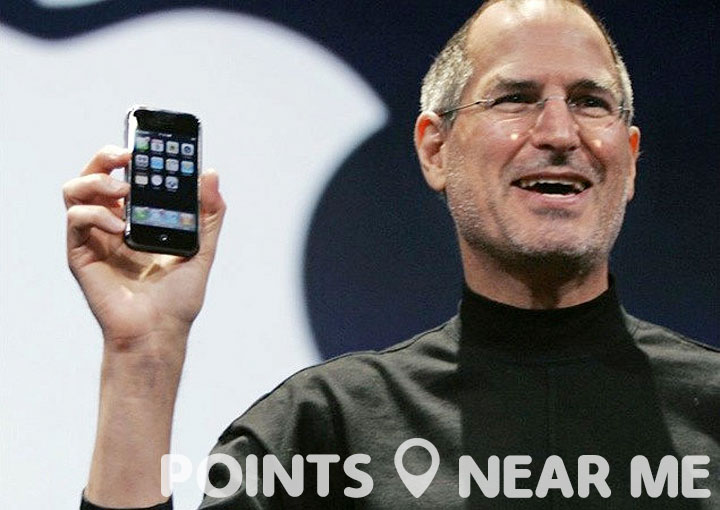 If your phone is needing to just be repaired. If you take your phone into Apple to get it repaired, they advertise a 3-5 day turn around time for repairs. Many places can get the repairs done same day, and in as little as a few minutes depending on what needs to be done and if the parts for that particular model are readily available.

How Much Does It Cost?

The replacement and repairs of screens have a wide range of costs, depending on the model and what needs to be done. The cheapest way to just repair an iPhone screen, if it doesn’t need to be replaced, is to do it yourself with a kit off of Amazon that costs around $12. Other do it yourself kits can run upwards of $65. It depends on what parts you need to do the job. If you aren’t comfortable taking apart your phone and doing the job yourself, you are going to want an expert. Your big choice is between Apple or a 3rd Party. The cost of going through Apple ranges between $129 – $149 depending on the model. If the screen needs replacing you are looking around $300. If you have iCare it will be cheaper. For a 3rd party, the screen repairs are around $100 and upwards of $250 for a replacement; however, if you have a 3rd party take care of the replacement or do it yourself, you void any warranty through Apple.

There is a lot to consider when looking into getting your iPhone repaired. So, be sure to consider your options before you decide how you are going to get your phone repaired. If you have iCare, the decision should be pretty easy, but if you don’t look at your choices first. If you are ready to go for a 3rd party screen repair, simply search for iPhone Screen Repair Near Me and look at your choices and options.

Facts and Trivia about the iPhone

Everyone knows what an iPhone is and many people either have one themselves or know someone who has one; however, there are lots of neat facts about this phone that not everyone knows.

1. The first iPhone only hit stores 9 years ago. It is a rather new addition to the landscape and already it is extremely pervasive.

2. While the iPad came out after the iPhone, the iPad was in production first and the iPhone was created as an off-shoot of that project.

3. One of the first demands Apple put on Cingular, who was the first exclusive carrier of the iPhone, was that the iPhones would only have Apple’s logo on it and not that of the carrier.

4. Apple’s App store was the first of its kind to legally download an app. A creation that has been copied by many other companies since then.

5. While Samsung is the producer of one of Apples biggest competitors in the smartphone market with the Samsung Galaxy series of phones, all of Apple’s processors are made by Samsung. It is a nice partnership that have maintained and likely will continue to do so.

6. When the first iPhone was created and released in 2007 Time Magazine gave it the prestigious invention of the year aware. That is something they can be truly proud of.

7. In July 2016 Apple successfully passed 1 billion sales of iPhones worldwide. It took 7 years to reach the 500 million mark and they doubled that within the following 2 years. With the speed of sales, it may take only two years to pass the next billion.

8. Almost 70% of all Apple revenue comes in from the iPhones, even though it is one of its newest products.

9. The most expensive component of the recent iPhones is the retina display. Each one costs Apple between $45 and $52, which makes the repair of those components the most expensive. So, understand the cost of it after you search for iPhone Screen Repair Near Me and see the price tag.

1. iPhone had previously been trademarked by Cisco and the two companies ended up in a lawsuit over the name. They eventually came to a mutual use agreement. Cisco’s iPhone wasn’t a smartphone but an internet phone.

2. The first design for an iPhone, made by an Apple computer engineer, which was never created, was made back in the 1980s for a phone that had an interactive stylus pen.