Petco Animal Supplies is an American pet retail chain. They have over one thousand locations, and are headquartered in San Diego, California, and San Antonio, Texas. The stores sell animal supplies and equipment, but also sell live pets, and offer adoption services too. As well as the stores, the Petco company also operates other pet-related services and businesses.

Founded in the 1960s as a simple mail-order business, the company is today owned by a multinational equity firm and a Canadian investment board, after a billion-dollar takeover deal. Search for Petco near me to find the closest Petco Animal Supplies store to you.

Petco Near Me – Find it on the Map

Petco Near Me – Petco Trivia

What items do Petco stores supply?

Petco stores sell products to help look after and take care of dogs, cats, small animals like rabbits and guinea pigs, reptiles, birds and pet fish. These include food, treats and chews, beds and bedding, collars, leashes and harnesses. For smaller animals, the stores sell cages, hutches and habitats. Fish and reptile owners can purchase decorative items for their tanks. The stores also carry “pet technology” products, which are high-tech gadgets including pet cameras, smart feeders, dog activity monitors and pet alarms. Apart from their adoption services, Petco also offer various other services. Their stores can help train dogs, and groom and bathe pets. Their stores also offer fact sheets and guides for information about how to best look after pets. In 2005, Petco entered into an agreement with the People for the Ethical Treatment of Animals (PETA) to stop selling live large birds. They have never sold cats or dogs, and in 2008 ceased selling live rabbits too. The store operates under a “Think Adoption First” principle, and encourages adoption rather than purchasing. 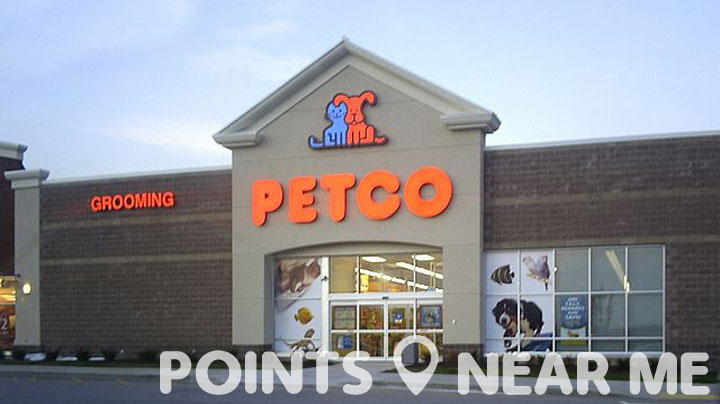 This typical Petco store, like most others, features animal grooming services to help owners look after their furry friends.

What other services does Petco provide?

The Petco company also runs a smaller business called Unleashed by Petco. These stores are smaller than the main Petco stores, and are built in neighborhood areas. Petco currently operate about one hundred of these, since their inception in 2009. Petco also operate nine “Pooch Hotels”, which are locations that will board and care for pets. These locations also offer pet spa services. Petco’s website allows customers to order products online.

How did Petco begin?

In 1965, a mail-order veterinary supplies business was established in San Diego, California. In 1979, this business became Petco, and continued to expand into other parts of California. In 1980, the first store outside California opened, in Tigard, Oregon. The company’s major growth period began in 1988, when it acquired two other pet supply chains, WellPoint and The Pet Department. These acquisitions brought the number of Petco locations from 40 up to 130, and helped the company grow in Oregon, and enter into Washington and Texas. In the late 1980s, the company also began to sell live fish and other animals. In 1991, the company’s cat and dog mascots, Red Ruff and Blue Mews, were created, and the following year the company opened its first East Coast store, in New Jersey. By 1994 the company had become the largest pet specialty chain in America, with sales approaching $190 million. The company went public that year, under the symbol PETC. In 1995, the first grooming services were established. In 1999, the Petco Foundation, an independent not-for-profit organization, was established. This foundation spends about $11 million each year to help improve animal welfare. It supports spaying and neutering of pets, and also animal therapy programs. By 2006, the company had 800 stores in 49 states, and in 2012 it opened its first store in Puerto Rico.

To find a Petco near you, just search “Petco near me”!

Petco Near Me – Petco Facts

In 1992, the company tagline “Where the Pets Go” was first introduced. It quickly became one of the most recognized taglines in America. In 2011, this was updated to become “Where the healthy pets go”.

Petco has been involved in several charitable initiaitives. In 2010, the company and the Petco Foundation worked together to create the first National Pet Food Bank, which helps struggling families to look after their pets properly. Petco also became a founding sponsor of the Human Animal Bond Research Initiative (HABRI), which helps to fund research into the benefits on human well-being that pets offer.

During Tropical Storm Lee, in 2011, a Petco location in Johnson City, New York, was hit. During the severe flooding, nearly one hundred animals inside drowned. After initially claiming that they did not receive any flood warnings, Petco later released a statement accepting responsibility. Afterwards they offered to donate $25 thousand to local animal welfare centers, and gave local customers rebates. PETA called for a criminal investigation into Petco for the incident, because Petco staff failed to move the animals to safety.

In 2010, Petco settled a $1.75 million lawsuit. This lawsuit was brought by prosecutors from various counties, who alleged that Petco overcharged customers and improperly cared for animals. The lawsuit came after inspections of Californian Petco stores between 2005 and 2008. Petco paid $850 thousand to settle a similar suit in 2004.

In 2015, Petco and fellow pet retailer PetSmart entered into talks to merge. Because both companies are market leaders, the deal came to the attention of antitrust authorities. The talks have now stalled because of these antitrust issues. Petco and PetSmart together account for 20% of the pet product sales in the United States, worth a total of $11 billion.

Search for “Petco near me” to find your nearest Petco locations.