Payless Shoes Near Me

Treating yourself to a new pair of shoes for work, play, or activities doesn’t have to cost an arm and a leg. In fact, Payless believes that you shouldn’t have to shell out a whole pay check for a quality pair of shoes. For decades, this brand has been on the forefront of the frugal revolution without sacrificing any quality.

Are you on the hunt for a Payless Shoes near you? Simply browse Payless Shoes near me on the map below and find a list of Payless Shoe locations located in close proximity to your current location. Need a bit more information on Payless Shoes? Read on for interesting facts, trivia, and history on this epic shoe brand!

Payless Shoes Near Me – Find it on the Map

When was Payless Shoes first founded?

Every brand has an origin story and a beginning, a moment where a few people had an idea so electric they had no choice but to make it a reality. Payless Shoes was first founded as Pay-Less National back in 1956 by two cousins in Topeka, Kansas named Louis and Shaol Pozez. The duo wanted to offer low priced quality shoes to individuals in the surrounding areas. At the time, no such store really existed. The company quickly found success and expanded into Oklahoma, Texas, and Nebraska. Soon enough, 12 new stores were added, and by the end of the 1960s, the duo realized they had a huge hit on their hands. From the very beginning, Payless was designed to keep prices low by keeping overhead at an absolute minimum. The first stores were located in former supermarkets, with the original fixtures being replaced with simple unpainted wooden shelves. Each of the shelving units was constructed by the store managers rather than an outside company. The store also employed a self service format, meaning the customer fetched their own shoes as a variety of sizes were stocked directly on the shelf. This allowed Payless to limit the number of staff members they needed. For the most part, each Payless was limited to a manager and one or two clerks. Payless was a very no frills operation to business, but it worked. By keeping operations low, the average price for a pair of shoes at the original Payless was always below $3.00. As you search Payless Shoes near me, consider the last time you bought a pair of shoes for less than $3.00. Odds are, it was never! 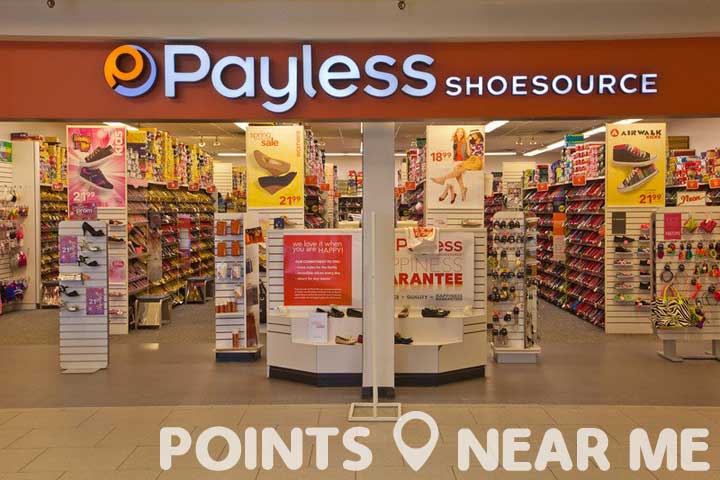 Who was Payless Shoe’s major market?

World War II changed the world in a lot of ways, including the way families shopped. After World War II, there was a large rise in huge discount shoe stores that catered primarily to middle income families with children. Payless was not an exception. Like all of these low end shoe stores, Payless’ major market was women and children. Women and children constituted about 60 and 30 percent of sales respectively. Women liked that they could shop for shoes with their children in tow, they also appreciated the low prices and the self serve format. This meant they could get in and out quickly with their little ones without any hassle. By the early 1960s, Payless had rung up more than $6 million in sales across 38 stores. As you search Payless Shoes near me, consider how current events in the world change the way you shop and spend money. Are you affected by current events like the women after World War II?

Payless Shoes found success for many reasons, but a large portion of that success is owed to the suppliers that Payless worked with. Payless’ relationship with its suppliers proved a key to the company’s rapid success. From the beginning, the company bought their shoes “off the shelf” from both American and foreign shoe suppliers. This allowed them to protect themselves from shortages and sudden price surges by utilizing a large number of suppliers rather than just one or two. In the early 1960s, it was written that no single manufacturer was to be responsible for more than 6% of Payless’ total merchandise. By the mid 1960s, Payless was ordering shoes that were made to their own specification. This allowed Payless to have control over the styles that were available in their stores while matching the expectations of their core customer base. These very Payless specific shoe styles eventually grew to become private label brands that were to only be offered at Payless outlets. The development of these in house brands not only allowed Payless to maintain very tight control over their merchandise, but it allowed them to craft recognizable brand names that began to align with the overall Payless aesthetic. Consider these facts as you search Payless Shoes near me.

Though Payless continued on an upward trend for several decades, the early 2000s proved a difficult time for the brand as they faced new competition in the form of big box stores and internet. With the emergence of Target and Amazon, Payless suddenly wasn’t the only discount shoe game in town. Many of Payless’ core customers made the switch to Target, where they could get similarly priced styles while completing the rest of their shopping. Amazon also proved stiff competition, as they could offer thousands of brands at rock bottom prices and then deliver them right to your front door. So how did Payless stay viable? They expanded brands, focused on quality, and maintained their low prices to compete. As you search Payless Shoes near me, consider why you’re still loyal to this shoe brand.